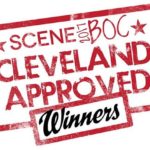 All of us at Post Road are humbled to know that our fan base pulled together to vote our first album That’s My Road as Scene Magazine’s best Local Album for 2017.  You bought our music, listened to our songs, and then took the time to cast your vote.  You have all helped to make this transition from cover band to original band an absolutely awesome journey.  Thank You from the bottom of all of our hearts.

The entire process of creating this original album was an exciting experience.  The act of writing, arranging, recording, editing, mixing and mastering was new to many of us.  Without a great team behind us we would not have been able to  pull this together.  Post Road wants to take a moment to recognize some of the folks who helped to deliver an award winning final product.

Let’s start with the basic concept of just getting this thing off the ground. Though there are six musicians in this band we realized right at the onset of this project that we really had no clue as to how to get started.  A name that came up often as we talked to other musicians in town was Joe Vitale Jr.  Joe was highly recommended as a musician, audio technician, and producer.  He seemed like an all around great package with a respected reputation so we reached out.

Joe and the band immediately hit it off after just one meeting.  The stage was set to get the project off the ground.  Joe’s approach to running a studio was extremely relaxed.  He let the ideas flow and then stepped in right when the band needed an outside opinion.  The band was so comfortable with Joe as the audio engineer that he became the natural choice for mixing and then mastering.  Though this approach is not the norm it just seemed to be the right thing to do at the right time.  We had deadlines to meet and Joe was very in tune with those deadlines. A bonus aspect about working with Joe was the fact that he would have his dad Joe Vitale Sr. double check his work and make suggestions.  It’s very cool to know that the drummer for major acts like The Eagles, Joe Walsh, and Crosby Stills and Nash was listening to our music as it moved through the stages. 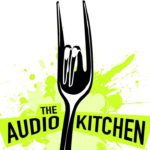 We can’t forget to mention the guy who owned the studio – Neil Zaza.  Neil is one of the most talented guitar players and nicest guys in Northeast, OH.  His Akron studio, The Audio Kitchen, has an amazing vibe that reflects Neil’s personality.  Neil stayed out of the way but frequently checked in with the band to make sure everything was going smooth.  The lounge room was stocked with Tootsie Rolls and a refrigerator for our beer that kept us going into the middle of the night.  Thanks Neil!

Post Road wasn’t the only musicians on the album.  We needed ‘something’ on the ballads but didn’t know exactly what that something was.  Joe suggested some steel guitar.  Joe reached out to Akron steel player Gerry Simon who had recorded with Joe in the past.  Ironically the band never met Gerry.  The steel guitar tracks were recorded at an undisclosed location.  Gerry emailed the files to Joe who then mixed them into the recording.  It worked great.

Anyone who listens to track number 4 is instantly drawn to the sound of that chromatic harmonica.  Larnie Zellner was our guest musician on this track.  The duo of Steve Radcliff and Larnie Zellner has been playing jazz standards in the coffee shop and winery circuit for the last 15 years.  There was never a doubt for Steve that Larnie would be on this debut CD.  Larnie actually recorded parts for five of the six songs but the band all agreed that his harmonica defined that down home, empty feeling that She’s Gone needed to portray.  Thank you for making that song what it is Larnie!!

So the band had everything down on hard disk all mixed and mastered by Joe Vitale Jr.  We needed a photographer and graphic design for this collection of original material.  Rod Flauhaus is a Northeast, OH photographer and web designer who has worked with the band since it’s inception.  Rod built www.postroadcountry.com and has continued to do our annual refreshes.  Rod was the logical choice to turn-key the final stretch.  This included photography, fonts, online players, Facebook badges, and graphic design..  The band was pretty set on their concepts for the album artwork.  Steve was insistent on a water tower making its way into the imagery.  Shawn demanded a whiskey bottle be part of the design.  Sarah and both Dave’s wanted the band’s faces on the cover.  Andrew wanted some black and white.  Six people fired contradicting ideas at Rod and he successfully assembled these ideas into a single product that reflected each member’s personality.  He didn’t stop there.  Next he incorporated the CD design into the web site.   Thank you Rod!

There were unnamed people behind the scenes at a company called CD Baby. as well.  Joe Vitale Jr recommended this company to us because of the quality work they did on his CDs.  Once Joe uploaded the audio files and Rod uploaded the artwork we had boxes of CDs show at our doorstep about 2 weeks later.  It couldn’t have been any easier using these guys.

Finally, we need to thank the Hard Rock Rocksino Northfield Park.  The band will forever be grateful for the support we’ve received from the management at this great live music venue.  They offered up their main stage, Hard Rock Live, on the night before Thanksgiving and even supplied a sound and lighting company to make us feel like rock stars.  It was truly an honor to play on a stage that has been the platform for some of the most famous touring acts in the world.  Thank you Hard Rock Live!

Now it all comes full-circle.  There were no guarantees that anyone would show up for our CD release party.  Words can’t describe the anxiety that the entire band felt wondering if we would be playing to an empty room.  Well, that didn’t happen.  We had over 1,000 people come through the Hard Rock Live to see our show.  Not only did our fans pack the Hard Rock Live, you all purchased more food and alcohol than the audience the night before who were there to see some band called Styx!  When the Hard Rock management told us that story we all agreed – mission accomplished.

Again, thank you to everyone who supported Post Road since we formed in 2011.  Being recognized for doing something that we all love doing is the best feeling in the world.  Thanks to all of you who contributed to this CD.  You all did an incredible job.